How To Play A Defensive Shot In Pool? (5 Useful Tips)

Both attacking and defense are required in order to win. So take our advice and learn how to play a defensive shot when playing pool. Come see us now.
One of the key strategies in pool is to play defensively, which is something that every player should be able to do. A player should always play defensively because doing so will reduce the likelihood that the opponent will prevail. If you are not quite certain that you can make the shot while attempting to pocket a ball, you should rather play a defensive shot. 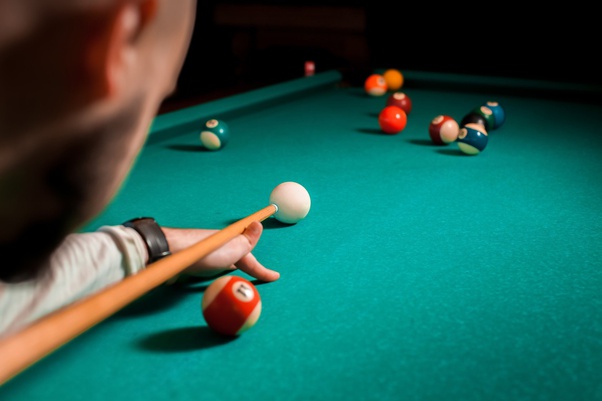 How To Play A Defensive Shot In Pool

When playing a game of pool a player should keep track of every single shot their opponent takes in the game so that they can see what shots are more difficult for them. Doing so will then make playing defensive much easier, to perfect the craft of playing defensive plays in the pool will also take time and proper ball control.

Another way of playing defensive pool is by pocketing the balls that are close to the pocket last, which means you would try to pocket the hard shots first then the easier ones. In that format, you would have an edge on the game if the opposing player was to accidentally pocket your ball it would be a win-win, your ball would be pocketed and you would have gotten a ball-in-hand advantage.

This a play that I myself use on all my games, I pocket the hardest to the earlier shots, however, if the shot is too difficult I will pocket the easier shot to place the cue ball at a more comforting spot on the pool table so I can then proceed to the previous should I was about to make.

Things to keep in consideration when playing defensive in pool

The bottom line is, a player should always play defensively it doesn’t matter if it is friendly or competitive, you should break yourself into the habit of playing like that. A player that plays defence will always have a higher advantage of winning the game than the other player that is not playing defence.

It is going to be like this, one player is playing the game so that if he or she misses the shot you won’t get an easy or clear shot while the other player is playing a shot in which if he or she misses the opposing player will get a clear shot. That’s the mistake player don’t get, it’s the mindset that you enter the game with it can also give an advantage or disadvantage to your plays in the game.

While you practice the defensive shots above in the pool by yourself am sure you will pick up a few tricks and plays along the way for yourself. The game of pool is not just to hit the ball into the pocket its also a very strategic mindset game, that’s why the more we practice the more we will see that we still all have a long way to go before the fully perfect game of pool or any other cue sport game.

Thanks for reading this article. We hope you have enjoyed this article on How To Play A Defensive Shot In Pool, you can go check our a few of our related articles as well.