How Does A Pool Table Recognize The Cue Ball? 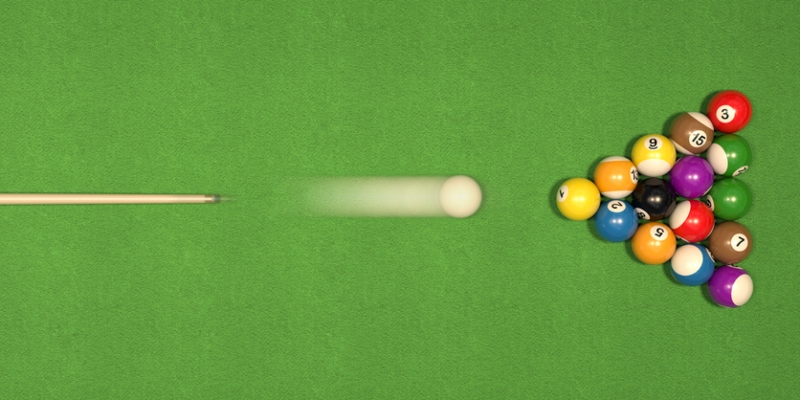 This is a question that all beginners of the game will be asking, how does a pool table recognize the cue ball and why doest it place the cue ball where the other numbered balls are. At a younger age, a simple answer like its a little magic trick that the pool table does would simply answer our questions but getting older we would know that there has to be some form of explanation for whats going on in the pool table.

How Does A Pool Table Recognize The Cue Ball?

There is two main mechanism sequence that the pool table uses to know which ball is to be separated and where should that ball go. The main and most effective way would be a magnetic sequence pull, the cue balls will have a slight magnetic impulse inside them so that the table can easily pick up which ball is which. The pool table itself also has magnetic built-in channels to properly guide the cue ball within its right channel flow.

The other way would be by using the weight system, the cue ball will be a little bit heavier than the normal numbered balls on the pool table. It won’t be something you can see or feel that the cue ball is a bit bigger or heavier than just looking at the cue ball. The pool table can, however, tell the difference in ball weight as soon as a ball has been pocketed in the game. The mechanism of a pool table structure was well crafted and thought about and properly excited with and smart base inside system.

The bottom line is those are the simple and not too detailed ways on how the pool table knows how the separate the white cue ball from the other numbered balls on the table. If your pool table is not properly leveled it can result in this system not working as accurately as it should so its always best to make sure your table is well leveled. I know for a fact that some pool table does not need a professional person to install it so for those it’s easy but if your pool table is one of those that will need to be installed by a professional you should seek one.

Are All Pool Balls The Same Size? This is another question that is frequently asked in the game, it’s common to play in different locations and see like some balls are bigger or smaller. Truth be told are that most billiard sets of balls are more likely the same size and weight especially the original ones that are used in tournaments with an exception for the cue ball which would be the white ball on the table.

Some cue ball is slightly bigger or smaller than some are but for the most of it, the numbered balls are all the same in pool with a slight difference in the cue ball weights. If you were to say order a custom billard set that is bigger than the normal size ones used then that set would come with the fitting size cue ball to balance the game with.

Does A Replacement Cue Ball Gets Returned?

Its always best when ordering or buying a replacement cue ball to state the exact name of the set of billard ball brand and naming to them so that they can properly instruct you. This is not an often occurring problem but it does happen from time to time when persons replace their cue ball.

The Full Mechanics On How Its Done ( Coin Operated Tables)

Thank you for reading our article on How Does A Pool Table Recognize The Cue Ball, I do hope you have learned something from this article. Please feel free to check out other related learning articles as well as our best-referred products to be used in the buyer’s guide menu as well.

The different ways on How Does A Pool Table Recognize The Cue Ball from the other numbered balls on the pool table.

How to play hand positions in pool 2021-full beginners guide

How to play hand positions in pool 2021-full beginners guide