How To Choose Who Breaks First In Pool? (6 Useful Tips) 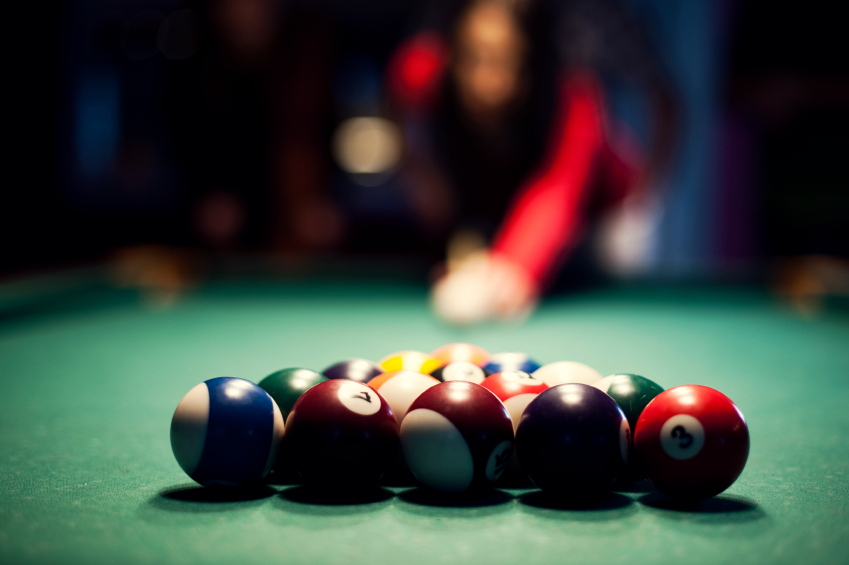 I’m not very clear about the pool regulations. We are glad to assist. Find out how to decide in the pool who breaks first. You’ll get one step closer to mastery.

First, if it’s a friendly game, the person who gets to start the game can simply be determined by flipping a coin. Spinning a coin is based only on chance, but playing pool requires talent, therefore it would only be fair to base the game’s beginning on skill as well. However, this is not how it works in a competitive match. The breaking of the game is vital and very much important, a perfect break can even win the game from the get-go so when in a competitive match we can not use a coin flip that’s 100% based on luck, you have to win the title of breaking by using the Lag system. Some tournaments may have their own rules of who breaks first, it can even go by who has the most or fewer points otherwise that the Lag system is the most effective way.

There are 2 ways to pick who breaks first:

How To Choose Who Breaks First In Pool?

The lag system is when both competitive players would then place the cue balls side by side at the same spot on the head of the pool table, making sure none is either in front of the other or behind, they both have to be in the same line. The person monitoring that match would then give the players a go-ahead to play their cue ball, both players should play their ball at the same time.

The main objective of this is to see whichever player cue ball comes back as closest to the cushions of the head of the table without hitting it. The cue balls will be played upwards to the foot of the table hitting the foot cushion of the foot of the pool table then bouncing back to where both players made their shot from, the player that gets their cue ball the closest to the cushion of the head of the pool table will win.

It’s as simple as that, you basically do a one-bank shot up and down the pool table and whichever player cue ball goes the closest to the cushion wins. However, if you were to pocket your cue ball you would automatically lose the break or hit the cue ball off the table. If both players’ balls collide it would lead to a do-over for both players.

Basically, that is how the lag system works, it is very accurate and will cause less friction on who is to break in the game of pool, it does not matter if it’s an 8-ball pool or a 9-ball pool it works on all. Another thing both cue balls should be placed behind the head string of the head of the pool table, that’s behind the second diamond located on the side of the pool table.

Things that contribute To A Good Break In Pool

There are a few things to take into consideration when attempting the break shot in the game of pool like grip, stance, and ball placements. These three simple factors will most definitely determine the outcome of your break shot, it’s not just hitting the cue ball to the numbered balls on the table and just wishing a numbered ball gets pocketed. But on the other hand, I guess if you are a full amateur beginner of the game, that’s going to be your objective.

Holding the cue stick wrong will give a less accurate control thus reducing the amount of control you have in the game. If you are new to this site and you have not read the articles I have written on those how to hold a cue stick please feel free to go check them out am sure you will learn a few tricks there.

The next factor that contributes to a good break is the ball placement as well, The closer you put the cue ball to the head string line on the pool table the more power you will get. It is a very common factor for players to break from the middle of the head string and just aim for whichever numbered ball is at the top of the racked balls.

Before trying those shots, it would be best to practice them before trying them in public so that you could see the different cue ball reactions you would get from them. Then you would know in which area the cue ball will be after the play.

Bottom line is, either your gonna use raw power to break or reduce the power to add a little controllable English to the break. Your stance has to be firm and comfortable likewise your grip last but not least place the cue ball at a spot that suits you best that is behind the head string line at the heat of the table.

How to Perfect my Break shots in Pool?

This will not happen overnight, a player must practice at least 30 games per week at the minimum if you want to get to that professional level of the game. It may seem a lot at first but when the gang link up and everyone just be playing and talking you see how fast ten to fifteen game runs off in one single day.

If you are a lover of the game like myself, you be playing 30 games in one day without even knowing it was that many. The method I use is if I am practicing break shots I only play breaks shots for a week straight nothing else, if am playing cut shots or any other skilled shots I practice that one specific shot only for the week if not two.

Tips On The Effective Breaking Of The Game

This is unlikely to happen quickly; a player needs to practice at least 30 games each week to reach the expert level of the sport. It may appear to be a lot at first, but once the gang gets together and everyone is simply playing and talking, you’ll notice how quickly ten to fifteen games can be completed in a single day.