Learn The Fool Proof Method About How To Break In Pool 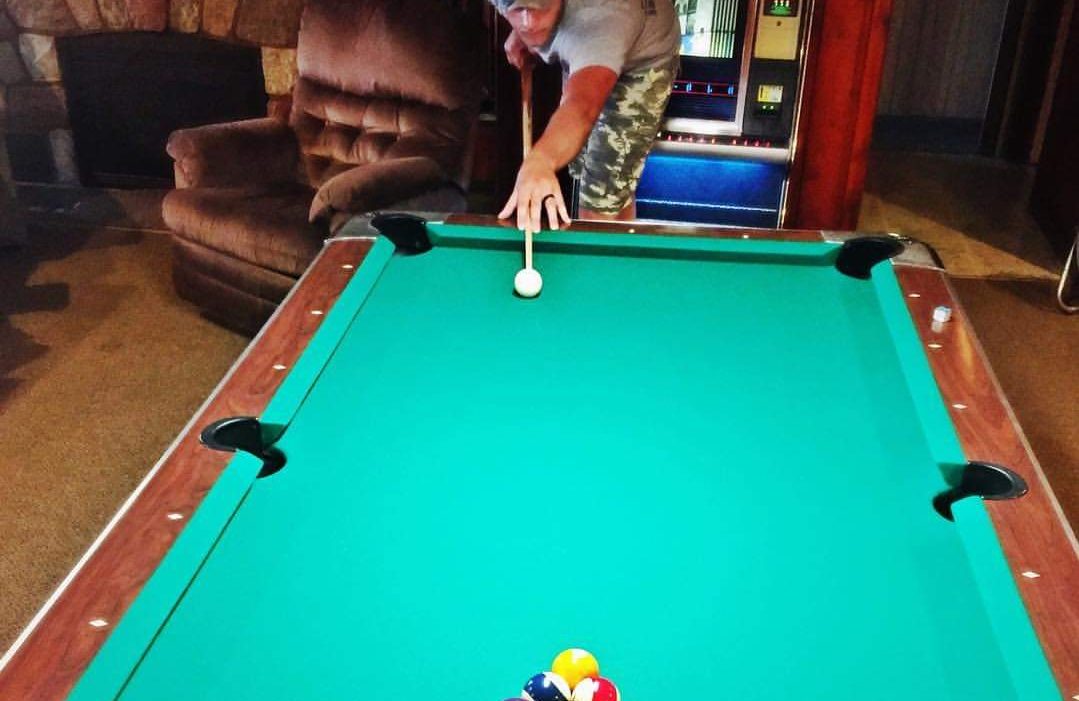 If you want to learn how to break in pool, we can be of help to you. You will find tried and tested methods on our site. Use them. Practice to be perfect.

How To Break In Pool

We all can agree that a good break at the opening of the start of any game can be crucial, a good break can and will give an advantage to the player on the table, we’ve even witnessed some world-class breaks where the player has won the game with one single break.

Another factor that can contribute to good quality break is the cue stick, there’s specialize cues for break shots out there which professional players tend to carry with them for a more effective way of transferring the power to the hit to the cue ball and then to the rack, however, we won’t get into detailed information for those cues in this article.

There are many types of pool games out there thus requiring a different method of breaking however we’ll be just narrowing it down to the 8ball and 9ball pool breaks.

Different placements of the cue ball will give you a different shot impact, the three most popular cue ball placements would be, the center or the left/right side from the railings as long as it’s on or a few inches beyond the breakers lining point popularly known as the head string.

Placing the cue ball in the center area on the head string when breaking is one of the most common ways that most pool players tend to break in their games, this break is the most powerful break you can make in the game however if it’s done with just a pure brute force without any English tap on the ball the cue ball will more likely to sink causing a scratch in the opening of the game.

Placing the cue ball to the left or right side of the railing a few inches back of the head string border is another popular way of breaking in the game of pool, this type of breakings are mostly done by skilled players due to the fact that it’s normally by persons with proper ball controlling skills which would know the right English and speed to strike with.

In a game of 9ball pool, there are only 9balls used in this game, counting 1-9 with 9ball in the middle and 8ball at the bottom of the racked balls, the best way to make in this game is to just to aim directly for the one-ball, it is as simple as that.

Your Stance When Breaking

Your standing formation is a key factor of getting a good break at the game, your stance should be well balanced with your legs spread, your knees bent, your body structure should be slightly forwardly bent. Please note that whichever hand is holding the butt end of the cue stick must be freely moved without any un-comfortabilities, your other hands should be holding the tapper of your shaft closer to the tip very firmly in a comfortable non-movable position with the hand bridge style of your choice.

In doing so make sure to keep the pool cue as level as possible, if the cue stick is unleveled and the tip hits the direct bottom of the cue ball, the cue ball is going to jump off the table hence causing a foul play in the game.

This is where young players of the game may get confused now, the 8 balls can be pocketed at the breaking of the game and you can and cannot win, depending on which rules of the game you guys are abiding by. There are APA, BCA, and the normal bar/pub rules, the APA rule is if a player pockets the 8ball without scratching the cue ball upon the break of the game that player is declared the victor of that match.

The BCA rule is if on the breaking of the game a player pockets the 8ball that player will not be the victor of that match. The game will continue with either a re-break of the game or the 8ball will be spotted back on the pool table giving the opposing player the break shot. It is very common to see how young players that are not fully familiar with the game rule, both players will always be right it is just a matter of what rules are you abiding by.

The bar/pub rules mostly go by the APA terms on the pocketing of the 8ball upon the break, if it is done correctly without scratching that player then wins the game. The higher percentage would be that if you pocket the 8ball on the break you win but it will all be depending on the rules applied at the location of where you might be playing your pool match at.

Thanks for reading my blog on How To Break In Pool I do hope this was educational for you and you left here knowing things you did not know before. To get better breaks in the game there are special pool cues out there that pro players use to get the best breaks on can get. To get a better understanding of what I am talking check out this pool cue for example.

A professional pool player will have multiple cues for the different game types they would wish to play, most would carry a special cue for breaking, a just tip cue to get the best accuracy in the game, and a regular cue stick that can play throughout the entire game.

11 Most Expensive Pool Cue That You Must Buy!

11 Most Expensive Pool Cue That You Must Buy!