8 Ball Vs 9 Ball Pool: How Are They Different From Each Other?

What’s the difference between 8 ball Vs 9 ball pool? Know the ins and outs of both games when you visit our website. We have answers to all your questions, ask.

Purchasing a new pool cue may initially seem difficult, but there are several ways to ensure that you have the greatest pool cue for you.

The very first step is to decide whether you want a one-piece, two-piece, or three-piece billiard cue. Nevertheless, in pool terminology, a three-piece cue could still be two-pieces, and indeed the fractured joint would have been at the butt end portion as well as in the center, in which the joint should typically be positioned. 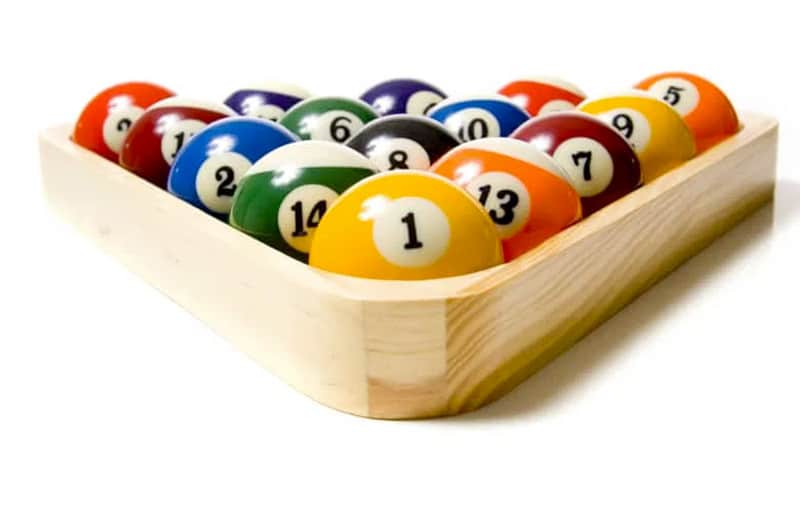 8 Ball vs 9 Ball Pool: What’s The Difference Between The Two?

In 8 ball pool, there’s the usage of 15 numbered ball billiard balls, counting from 1-15, the cue ball would then make 16 additional balls on the pool table. At the start of an 8 ball pool game, all balls would be placed into a triangle rack specially made for 8 ball pool racking at the foot spot on the table. All 15 balls will be placed into that racking, the 8 ball will be in the middle of the racked balls positioning it in the middle of the third-row counting from top or bottom.

The main objective in 8 ball pool is to pocket the 8 ball first, to do so you will need to pocket your set of balls on the table before the opposing player does. The gameplay of 8 ball pool is based on solid balls and stripe balls, the lower-numbered balls will be solid (1-7) and the higher-numbered balls will be stripe (9-15). The black 8 ball does not belong to any specific player on the table, the player that pockets their sets off first gets to pocket the 8 ball.

Deciding which player gets solid or stripe will be all depend on how the breaking of the game goes, now to decide on who will break the game we normally use a lag system but if it’s just a friendly game a simple coin flip can decide. The lag system is when the two players play two different cue ball that is placed at the same spot on the table behind the head string, both players will then play the cue balls at the same time upstream and downwards back on the table and whichever player balls come back closest to the rail bank wins the break.

If a player pockets their cue ball that player then loses if both balls collide the process will be repeated until a victor, is found. The winner of the break would then break the game if at the break the 8 ball is been pocketed, that person will be the victor of the game. At the break, if any other number ball is been pocketed the breaker gets the next play to choose whether to sink a solid or a stripe if the breaker misses the opposing player gets the next play.

If the breaker breaks and multiple solid or stripes are sunk, the breaker then owns that ball for the rest of the game, if not whichever player pockets a ball first will own the following balls on the table. In 8 ball pool, it does not matter which ball you pocket as long as you are sticking to your set of balls, solid or stripe. The 8 ball is the last to be pocketed, the player that pockets all their balls first gets to sink the 8 ball in the selective pocket they have chosen if the white cue ball follows the 8 ball after pockets and sinks too its a loss for scratching the 8 ball.

In 9 ball pool, there will be only 9 numbered balls on the table with the additional white cue ball making it a total of 10 overall balls on the table. With 9 ball pool the balls will be racked at the same foot string part of the pool table but will be racked in a diamonded shaped, the 9 ball game has a specific diamond rack to rack the game, however, the normal triangle rack can be used as well.

When racking a 9 ball pool game the 9 ball should be placed in the middle of the racked balls, the 1 ball should also be placed at the top of the diamond racked formation. In 9 ball game, the 9 balll is the most important ball in this gameplay. To decide who breaks the game we can use the same method stated above by the lag system method or a simple coin flip if its a friendly game been played.

If on the break the 9 ball is pocketed that player is then the victor if no scratch is been made or foul, in 9 ball pool you have to pocket the balls in a counting formation. All balls will be pocketed in order from 1 to 9, no player owns any ball in this game format if a player misses the opposing player gets to continue the counting formation.

The loophole in 9 ball is that it is legal to play a combination with the numbered ball you are to play then plying the 9 ball in the pocket, if that is been done successfully you will become the winner of that game. Let me give you an example, if you are at ball number 3, you can use the cue ball to play the 3 ball hitting the 9 ball in the pocket that you have called. If the cue ball is still on the player after that play has finished that player will be the victor.

Some common Factors of 8 ball and 9 ball pool

Which is easier to play 8 ball or 9 ball pool?

This question is the most asked question in the world of the pool but to me, I think the easier one would be the one that you have learned first. To my knowledge though, I would say the 8-ball pool is a more beginners friendly game and is pretty simple, the 9 ball is simple as well is just the fact that you have to sink them in a numbered formation, while in 8-ball you just sink any of the balls that are on in your set.

However, that is just what I personally think, another person may have something different to quote on that. The rules of both games are similar so once you are familiar with one the other will be not hard to adjust to. Both games are very fun to play if you can play one but not the other, am sure it will be fun to play them both or learn them both.

Important Ground to cover before starting an 8-ball pool match

The game of 8 ball pool has some confusing factors to it in which person around the world always gets twisted on. In 8 ball pool, there are different rules of the game depending on which rules you are going by, the game will be a bit different. The two main organizations that confine the rules of the pool are the BCA and the APA.

So players, please do not wait until the match is in the middle or almost finish to see if you and your opponent are on the same rule guidelines of the game. The main problem with these two different company rules is that with BCA rules if the 8 ball is pocketed upon the break of the game the player does not wins the game, the 8 ball will be either spotted back on the table or a re-break will take place.

APA rules are that once the 8 ball is been pocketed at the break that player then wins the game, I hope you see how people can get this so twisted. That’s why I always make sure that my opponent and I are on the same rule terms before we start a match.

However, there are bar rules as well, they all go by the APA rule in which if the 8 ball is been pocketed on the breaking of the game without scratching, that person is the winner.  In 8 ball pool, this is the rule that causes the most argument if you don’t find out the game rules at first.

I sincerely hope you enjoy studying this instructional guide; anything above was studied by my organization and me. we hope this post has educated you on anything new or educated you in areas you were not aware of before reading it. We endeavor to provide our customers with the absolute most accurate information available on any given issue. Thank everyone for reading another one of our articles; we hope you will visit the main page.